Thanksgiving, via a 20 minute scholar 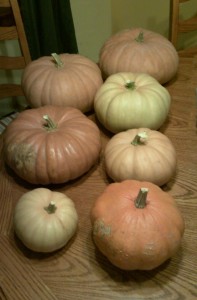 I think about the controversial bits of Thanksgiving (primarily the ties to oppression and commercialism) but this year I finally decided to look up some historical info. I only took about 20 minutes, so… yeah I’m no expert but I got enough info to feel a little more informed.

Thanksgiving days were apparently not official reoccurring holidays for centuries.  They often were associated with a military victory (so negative points there).  And culturally we attach it to the pilgrim based Thanksgiving, but nope it wasn’t the first in the US.  Presidents and governors announced days of thanksgiving quite a bit.  Some more than others, and yes there was often disagreement because of the association with believe that the Pilgrims were bigots rather than giving hosts.

Fast forward to the days of the Civil War. According to his proclamation (though written by someone else of course) Abraham Lincoln said that the day was intended to do something rather unique in my opinion.  Instead of following the typical tradition of waiting until a war was over, this was set in place during the war.  It was described as a day to give thanks for all the things that we have that are good.  Even in spite of the horrible nightmare of a war that was going on around them.

“…peace has been preserved with all nations, order has been maintained, the laws have been respected and obeyed, and harmony has prevailed everywhere except in the theatre of military conflict…”

Now yeah, it could be total BS that things outside of the war were all peachy keen.  But it’s a good sentiment overall I think.  Even with all the BS that… oh you don’t know what BS is?  Baloney and Salami of course.  That stuff is gross!… So even with all the BS that life has to throw at you.  Take a deep breath and remember the things that you have to be thankful for. Yeah there’s often a con for every pro, but still there’s a pro.

So whatever the reason it’s started, we get to celebrate this holiday however we wish.  Eat some pie or don’t eat some pie, do it with people or without, stuff a bird or let them live on, whatever. Just don’t be a jerk.  Unless I guess you are thankful of being a jerk I guess.  For the rest of us, we’ll just be happy that we’re not jerks like you.

So go find some good stuff, and appreciate it.