Warning: Creating default object from empty value in /home/content/04/4371104/html/words/wp-content/themes/platform/admin/class.options.metapanel.php on line 49
 One Thing | Words with Sox
Esther’s Birthday Wrap Up: Be Excellent to Each Other Cleared to land 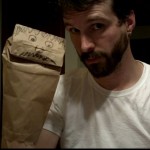 So I’ve been doing a little thinking lately about something. Which I guess is normal.  Even when people say that they are thinking about nothing, there tends to still be a something in there.  I have new things going on in my life.  Some changes that I have made. Some that were made for me. Some good.  Some bad. Some traveling.  Some sitting still.  Some happy. Some sad.  Some meh.  But this thing I keep coming back to has to do with something someone mentioned to me a while back.

I was describing the whole shebang I do for Aunt Esther’s birthday.  “I wonder how many people you touched that day.”  Huh.  I never thought of it like that.  Never really did much counting except to make sure I bought the right amount, sent the right amount, spent the right amount.  So how many was it?  Well four hundred nine people right?  Hmm… no because I sent out twenty five dozen roses to people to give out. Many of those people gave all of them out.  So there’s more touched than just four hundred and nine.  And my family heard about it.  Saw the pictures.  Dad printed out copies of the google+ pages to bring to my uncle who doesn’t have internet access.  So there’s a few more there too.

Friends on facebook saw the posts even if they didn’t get a rose.  And since it was posted on my work page (though it’s not on there anymore for some reason) a lot of folks so it on there.  So facebook could have hit about seventeen hundred more between those two accounts. Now we’re up over two thousand.  Huh.  That’s a bunch of people. Potentially at least.

I imagine that if you took a look at various events and acts that you take throughout a day, week, year, whatever… two thousand, that’s not a whole heck of a lot I guess.  So sometimes I think about how much work it is to do this, and wonder if it’s worth doing.

So no more roses? Or maybe just some to people you know.

Maybe just to your family.  Or just your spouse.

An anniversary? Yeah, but not all of them.

Just the big ones.  Maybe just a card.

But it’s ok if you forget. They know you care.

We all get busy. It’s hard to keep up with.

Don’t worry about it.

So here’s the video

It can be overwhelming to do everything.

But I don’t have to do it all.  Definitely not.

and give it away.

You can donate it, mail it, hand it, throw it, leave it for someone to find.

So if you do, when you give one thing, let me know.  I will send you one thing too.

For those that didn’t catch the teaser video… here’s that as well.

7 Responses to One Thing