Warning: Creating default object from empty value in /home/content/04/4371104/html/words/wp-content/themes/platform/admin/class.options.metapanel.php on line 49
 Why Pie? (conclusion) | Words with Sox
Out of My Mind Hearing Christmas 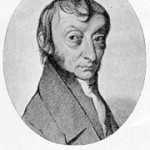 So why is it that I like pie?  There’s a lot of reasons but here they are.

I am a nerd 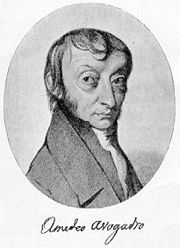 It goes without saying that π is just fun.  Ok, well I guess it doesn’t go without saying, but it is definitely one of the cooler number type things in the world.  I think it’s fair to say that it is the most popular constant.  There’s a lot that we learn in school and most are forgotten.  Do you know what day Mole day is?  Do you care? No.  Because who the heck likes moles? Avogadro doesn’t even like the stupid things.  That guy is kinda creepy looking anyhow.  So mathematical homonym that it is, π just lets us all feel a little bit smarter when we eat it.

I did run into a bit of a snag a while back when I met someone from Spain.  She came over with her then boyfriend to celebrate π day and she had no idea what we were talking about.  I laid out the usual 3/14 or 314th day of the year argument (I don’t remember which one we were celebrating) and she looked at me blankly. Well the thing you have to realize is that not everyone pronounces π in the same way.  For her, it is pronounced pee, or less grossly, pea.  Pee day would be a really bad holiday.  Pea day, not much better.

In Point Judith Rhode Island there is a famousish restaurant that has a ton of good food.  My most recent discovery at Aunt Carrie’s was their BLT.  The L was for lobster.  Dang that was good.  Growing up going there for summer vacations it was always the place to get clam chowder, clam cakes and pie.  They have a good dozen or so kinds of pies.  My favorite I think is banana cream, though for some reason I think there’s pressure to have rhubarb now that I am older and more sophisticated and junk.

On their site they show that there are the following options.  “Apple, blueberry, 5-fruit, custard, coconut custard, banana cream, chocolate cream, black bottome, key lime, rhubard.”  I really need to check out that Rhubard some time.  Or perhaps the French style “Black Bottome”.  The 5-fruit pie is an interesting one.  There was a contest a while back to name this new pie that they were making.  I can’t remember what is in it, but it had 5 kinds of fruit.  It is depressing that this was the winner.  I suppose the patrons are just not terribly creative.

In my various trips around the country I always look for good food.  When I went toward the ocean, I’d go for seafood, barbeque in the south, stuff like that.  Many years ago I decided it would be easier to just go for one thing.  Pie.  If there’s good pie, it seems to be an indicator that it’s worth checking out.  Sort of like if John Cusack is in a movie.  Lots of restaurants throw cheesecake, chocolate cake, or some sort of ice cream on their dessert menu but when pie shows up.  It tends to be good.  Whenever I go to a new city I ask the cab driver, or attendant at the front desk, or do a google search and find someplace with good pie.  If nothing else it’s fun to find them.

I know that you can make lots of kinds of anythings but pies are one of the few things I’ve found that you don’t have to really stick to a recipe.  It’s sort of like the stir-fry of the dessert world.  You can fiddle with things, swap things out and make something completely stupid and people will still eat it.  Mostly it turns out to be a success.  My masterPIEce custard pie and mocha miracle pies are two that started out questionable and turned out to be awesome.  The eggnog is still a big favorite even if I can’t get it to thicken up.

There’s a willingness to try new things in pies too.  I’m not sure why that is exactly.  But if cake, or ice cream or cookie gets set out that isn’t a particular favorite, it can get left behind.  I’ve never seen this occur with a pie, unless of course there’s more pie than could be eaten by those in attendance.    Even then I usually hear that each person tried at least a small piece of any pie if it’s a unique one.

The thing I like most about pies is that you don’t need an occasion to eat them.  They have that cookie quality in a way.  Any time of day, any event, any non event is ok to eat some pie.  There’s no birthday requirement, retirement celebration, graduation (except perhaps at clown college), or wedding that drives the need for a pie.  Yes I know that it does occur at times, but it’s not a standard.  Any time I’ve seen a pie is subbed in for a cake, it’s met positively.

While at times I doubt I’ll ever get married, but if I do, it seems safe to say that there will be a crap load of pies (which of course I will make myself).

So that’s it.  I’m sorry for making you all hungry.  Do a google search.  Go get some pie.