Warning: Creating default object from empty value in /home/content/04/4371104/html/words/wp-content/themes/platform/admin/class.options.metapanel.php on line 49
 Out of My Mind | Words with Sox
Top 10 Surprises – part 2 Why Pie? (conclusion) 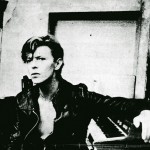 Out of My Mind

For the next week I am going to record all of the songs that pop into my head and link them here. I don’t think that there’s anything that is too embarrassing.  Mostly it’s just going to be a good illustration of how much my brain jumps around.  Oh, and by record, I don’t mean that I will record me singing them.  Instead it’s just going to be a record of what they are.  ugh.. Homonyms.  Am I right?

To kick it off I had some song in my head that I honestly can’t identify.  Why?  because I don’t think there are any lyrics.  My assumption is that it’s just a Daft Punk song.  If I figure it out I’ll let you know what it is.  So far I’ve listened to at least 20 of their songs and no luck.  Hopefully it’s just something that has popped up on my Pandora list and I’ll catch it again in the mix.

Update: I was super excited Tuesday when Pandora came to the rescue and played the song! Justice – Phantom Part 2.  No wonder I thought it was Daft Punk.

1) After lunch I found myself with what apparently is Owl City & Carly Rae Jepsen – Good Time in my head.  Of course it was just the part at 2:35.  Always reminds me of the kids in the background of Soul Finger.

I was listening to a lot of music which kept random songs from getting looped into the brain. Once I was home though it was open season, 2:20 was the main portion of Steve Miller Band – Rock ‘N Me  song I had stuck in my head. I also tend to get this song in my head because I get fixated on the fact that it sounds like he’s saying “Keep on Iraq-ing me baby”.

What can I say. It’s been an odd morning. The Kingsmen – Louie Louie.

There was a ton going on today and for the most part I was either in front of my computer with music playing through Pandora or watching tv.  The car rides were filled with phone calls too.  So far.  No music.  Surprising though since there was some really good music last night in The Perks of Being a Wallflower.  I highly recommend seeing it if you can catch it in theaters.

I woke up earlier than needed which of course means that I had things rattling around in my head.  The guitar from the beginning of Guns N Roses – Sweet Child O’ Mine started things off.

After that I just had the words “on the radio” in my head.  I am not sure who it is but it sounds like Van Morrison.  I’ve wasted too much time trying to figure out which song it is and after listening to Caravan, that seemed right.  Then I tried Elvis Costello – Radio Radio and that seemed like it might be right too.  It wasn’t until I hit Van Morrison – Domino that I think I found the right thing but I could have sworn it was a longer part of the song than this version (check out 2:27).

Last day was mostly a quiet day for me.  Which means lots of time to think, and lots of time to get music stuck in my head. So here’s most of what I can remember… in no particular order

I would have thought Chuck Berry – Run Rudolph Run would be in my head as a result of a commercial or something but I’m pretty sure it’s not.

The Strokes – Reptilia is one of my favorite guitar licks around. Good energy.

It’s not uncommon for me to get bits of Modest Mouse – Float On stuck. But never the whole song. It’s so rare to actually hear it in its entirety that I often get surprised by particular sections of it when I catch it on the radio.

I managed to snag a 4 LP box set that had this version of Bruce Springsteen – Thunder Road. I liked to listen to it before I went to sleep.

I know there were more but that’s all I can piece together. I really should have written things down as I got them in my head. Oh well. You get the idea 🙂

That was kind of fun.