Warning: Creating default object from empty value in /home/content/04/4371104/html/words/wp-content/themes/platform/admin/class.options.metapanel.php on line 49
 I now pronounce you… | Words with Sox
Forever, and ever, you’ll stay in my heart 6 years more

I now pronounce you… 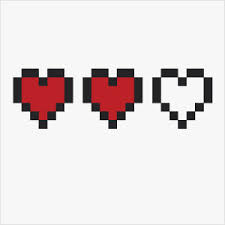 So I was thinking

Does Connecticut have a record of my baptism?
Did the state of Maryland have to approve my first communion?
Was there some paperwork filed when I chose not to be confirmed in the Catholic Church?

Marriage, at its roots (well… for some) is a sacrament.  A super duper, holy moly, cross your heart, act that consecrates a particular mission in building up the Church.  (I got some of that last bit off of Wikipedia so it must be true right?) So while it may be open to interpretation if same sex marriages and such are allowed I am pretty sure that no translation of the bible has a section stating anything to the effect of the following:

By the power vested in me by the state of Virginia,

I now pronounce you…
allowed to file joint taxes, share a health insurance plan, and other various oddly placed benefits.

Seems to me that the real issue is that the government should not be attributing ANY sort of financial or legal benefits to any relationship that is restricted to ceremonial activities.

I had a friend living with me for several months. She had a short term job.  Finances were tight.  She had no health insurance and would likely have to go to a free clinic if she got sick.  She didn’t have a car to get to the clinic.  I have two vehicles, health (and various other) insurance, a house, generally stable emergency fund, good credit.  All sorts of helpful stuff.  I don’t ‘need’ much.

What I sure would like is to have someone that could help with maintaining an oversized house.  Clean up my years of clutter.  Keep my cat company if I am away.  Water the plants.  Join me on meals and movies out.  Remember to take out the trash.  Stuff like that. So… why oh why is it not allowed for me to share some of my resources with someone else.  Things that in some cases have NO added expense for me.  Say someone was willing to do all those things in exchange for health care support.  An insured car.  All sorts of stuff.  Am I allowed? Sorta… for some of it at least, but it sure isn’t as easy.

So that just sounds like I want a “housewife” right?  Sure I guess you could say that but lets look at another living situation I was in.  I shared my house with another friend who didn’t pay me in cash, but instead did chores around the house.  Big manly things like building stuff, fixing plumbing, putting in storage shelving, serious gardening stuff.  All sorts of things.  We did the same meal sharing and chore sharing and such that I do with other roommates.  He definitely paid in time and material but essentially he got to get his rent for doing things that a family member might.

For both of these cases, yes I could provide some of the types of ‘incentives’ that are given to spouses.  But not all of them for sure.  Add to it that technically, even though no money was exchanging hands (just in kind contributions of sorts), both of these people were renters.  If these two people were family members then I wouldn’t have to consider them that.  As a landlord, I have to report their contributions as income.  I can’t write off all of my mortgage interest, and I can’t have certain kinds of loans for my home.  I think that there’s some why that I can write off any improvements to the house as sort of a work related expense.  But overall… yeah it’s not great.

And the law still affects me because I do not have the right to share my resources with someone I care about, not in the totality and ease that is possible for those who enter into a marriage contract.

Maybe I should just adopt my next roommate.

(also I think that wedding licenses should include a renewal date)