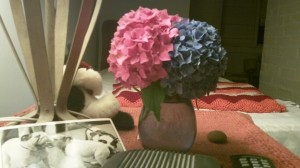 When the garden was just a wee 20′ x 40′ rectangle I knew very little about what could work in such a space. Much of what I knew about gardening came from… well… honestly I don’t remember where it came from.  When I was little we had a small garden in the back yard. I don’t remember much about what was in it but I do recall some lettuce coming from it.  It was such a cool concept.  Things that you can buy from a store but you make them yourself! That’s sort of the premise of a lot of what I do.  Make vs buy.  In the case of food it can come one of two ways preparing things that you could buy at the store/restaurant, or flat out growing the ingredients.  We’re talking about the latter at the moment.

Ok so where was I? Ah right.  In my garden I planted tomatoes, green peppers, yellow squash, zucchini and cantaloupe. Why? Because I love watermelons and acorn squash! Wait, where are the watermelons?  Why did I plant all that stuff.  Why didn’t I put any acorn squash in?  Ugh.  You see, this is the part where I remember that I don’t really like tomatoes, green peppers give me acid reflux, and I far prefer other melons over cantaloupe.  I planted all those things because that’s what gardens have in them.  Then it hits me.  I get to eat whatever I grow.  I get to grow whatever I want.  Next season was different.  75 strawberry plants in the garden, 10 blueberry bushes end up along the newly created driveway.  Super big thank you to Johnathan and Odessa (and Sydney) for helping getting all that put in.  Strawberries were more trouble than they were worth because of all the necessary renovating each year so they left when the garden expanded.  Blueberries took several years but this season really rocked out.

The past two years I have been better at sorting out what to plant.  I do this weird thing.  I plan ahead.  I found tomatoes I like (lots of them).  I grow orange and yellow peppers.  A couple of hot pepper plants (not tons) for jam.  Zucchini and squash for grilling (now that I know how to cook them well), and non cantaloupe melons for munching on. I even gave popcorn a shot. Garlic, delicious and easy to grow garlic. Tasty cucumbers for salads and overnight pickles.  Pumpkins, and winter squashes for pies.  Acorn squash for general deliciousness.  Beans. I eat beans all the dang time.  Super easy to grow so in they go.  Hmm.. what else.  Oh! Cabbage.  I love cabbage.  There are some caterpillars that get on those but not hard to deal with.

Oh.. so the picture. When I first moved in I tore out a lot of the plants.  First things to go in were my pretty blue hydrangeas just like our house in Rhode Island.  I didn’t grow ‘what people grow’.  I picked what I wanted and kept them happy and strong.  Even if they did turn pink (like Barbie dream house pink) the next year I’ve worked at them to get them to be nice and blue.  How did it go?  Let’s just say I’m half way there.  Ok maybe just a third of the way there.  Anyhow.  Sometimes it takes me a while to decide what I want to plant, sometimes it takes the plants a while to decide what it wants to be.  Either way, it’s work but can be fun.